The 2019-20 campaign saw France’s Gregoire Marche make his way into the top 16 of the World Rankings for the first time. The French No.1 pushed his way up to World No.14 in November, and has consistently been inside that mark since.

“Reaching the top 16 was something that I was really struggling to make. For the last four years, I was between 25 and 30 in the world and I could not make that step,” he admitted. “Two years ago, I made some changes in my training, and I went back to my old coach. It took me a year to see the improvements, but the work paid off after that. I won in Pittsburgh last year and that gave me a lot of confidence for the rest of the season.

“I was really happy and proud of all the work I have been doing. To then reach the top 16 last year was really a relief, because I always wanted it, but I could not find any solutions.” 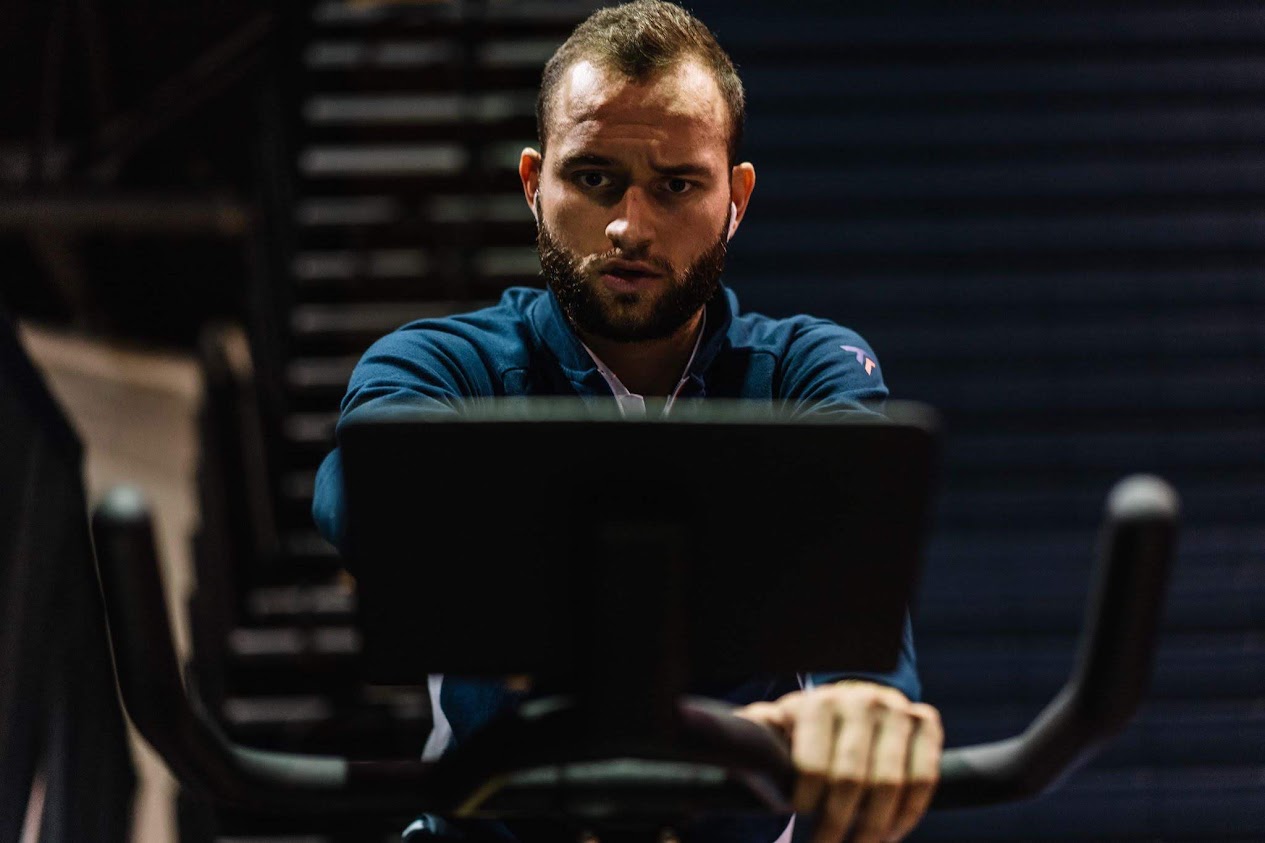 So, the 30-year-old finally made his way into the top 16 in the World Rankings, and it was a relief, but what next for the Frenchman?

“Reaching the top 16 creates some new goals. My main one is to reach the top ten. I made World No.14 but I did not play as well as I wanted at the start of this year. I am only 30-years-old, so I know I have a lot of time in front of me, and I know it is possible.

“I have the level to beat anyone, but I just need to do it more consistently, and to prove to myself that I can be a part of that top ten.”

As well as having the next goal in his mind of reaching the top 10, Marche is also enjoying the experience of making it through to the last 16 of the major tournaments. He reached the third round of three Platinum events over the course of the season, doing so at the U.S. Open, CIB Egyptian Open and Tournament of Champions.

“It feels great to be part of that top 16 in the major events. You feel like you are part of the business end of the tournament,” the 30-year-old said. “The first two rounds are alway tricky and you never quite know how to deal with the court and the atmosphere.

When you get to the last 16, it is much different. You never know what to expect in the first two rounds, but you can settle down to something that you have been doing in those first two matches for the later stages.

“It is a different feeling physically as well, because you are going to play more matches. If you add that up for the whole season, it will create more pain in your body, but of course, I need to be more accurate in my routines and in everything that I have been doing. If I want to reach the top eight more consistently then I need to be at 100% in every aspect of my game.” 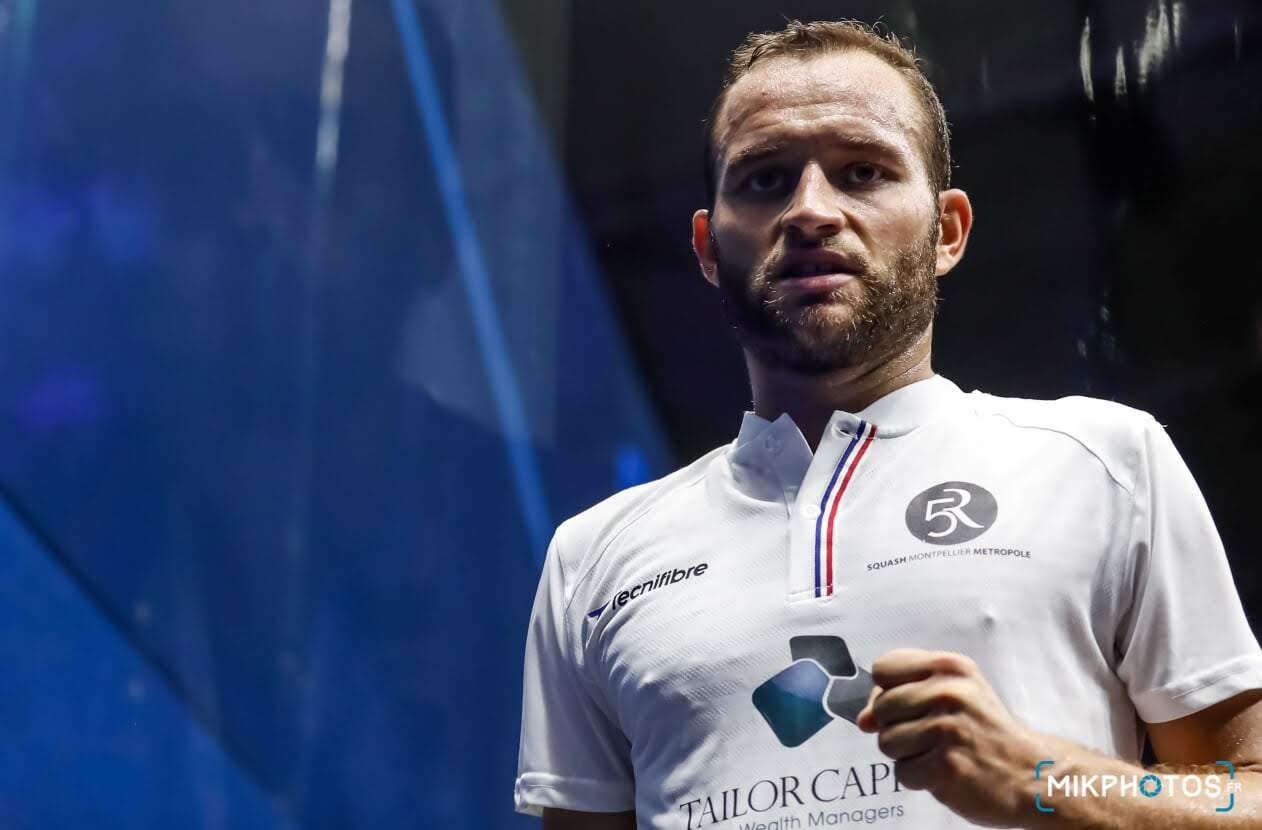 The 2019-20 season started with a great result on home soil for Marche, who made it through to the semi-finals of the Open de France – Nantes. The event, held at the spectacular Chateau des ducs de Bretagne, is his favourite on the calendar, and he admits that the boisterous home crowd helped him through.

“Nantes is always special for me. It is maybe the best tournament for me, because of the crowd, the atmosphere and the organisation. The organisers do so much every year to create something new and something different for the sport every year,” he explained.

“It makes me feel like I want to do well, and I know it is always a bit more pressure because you want to do well in your country. I am aware of that, but I try to be as relaxed as I can and sometimes it works for me.”

Reaching the semi-finals of the PSA Silver event in September was arguably his best result of the entire campaign. Marche believes that it was perfect for him to start so well, especially as it meant the hard work in the off-season counted. However, he also said that he could not just rest on his laurels after making it into the last four of the season-opener.

“It was the best way to start the season for me. I had a really good preparation last summer so it is always good to see that the work you have done pays off,” the French No.1 explained. “It doesn’t really say much, though, because the next week could be so different. Every player can beat anyone, almost, so you can win a tournament and then lose in the first round the week after.”

Of course, Marche now also leads the way in his country as well, as has been a key part of the French team at major championships for several years.

As the French No.1, he admits that he felt the pressure, but he just took it all in his stride, and was part of the four-man squad that took home a Bronze medal from the WSF World Men’s Team Championships in Washington, D.C. in December.

“Being the French No.1 was really different. Of course, Gregory Gaultier was not there because of his injury, but I suddenly had to take all of the hopes of France with me at that perfect time when I was getting into the top 15, so it was a new feeling and a new role that I had to take on my shoulders,” he explained. 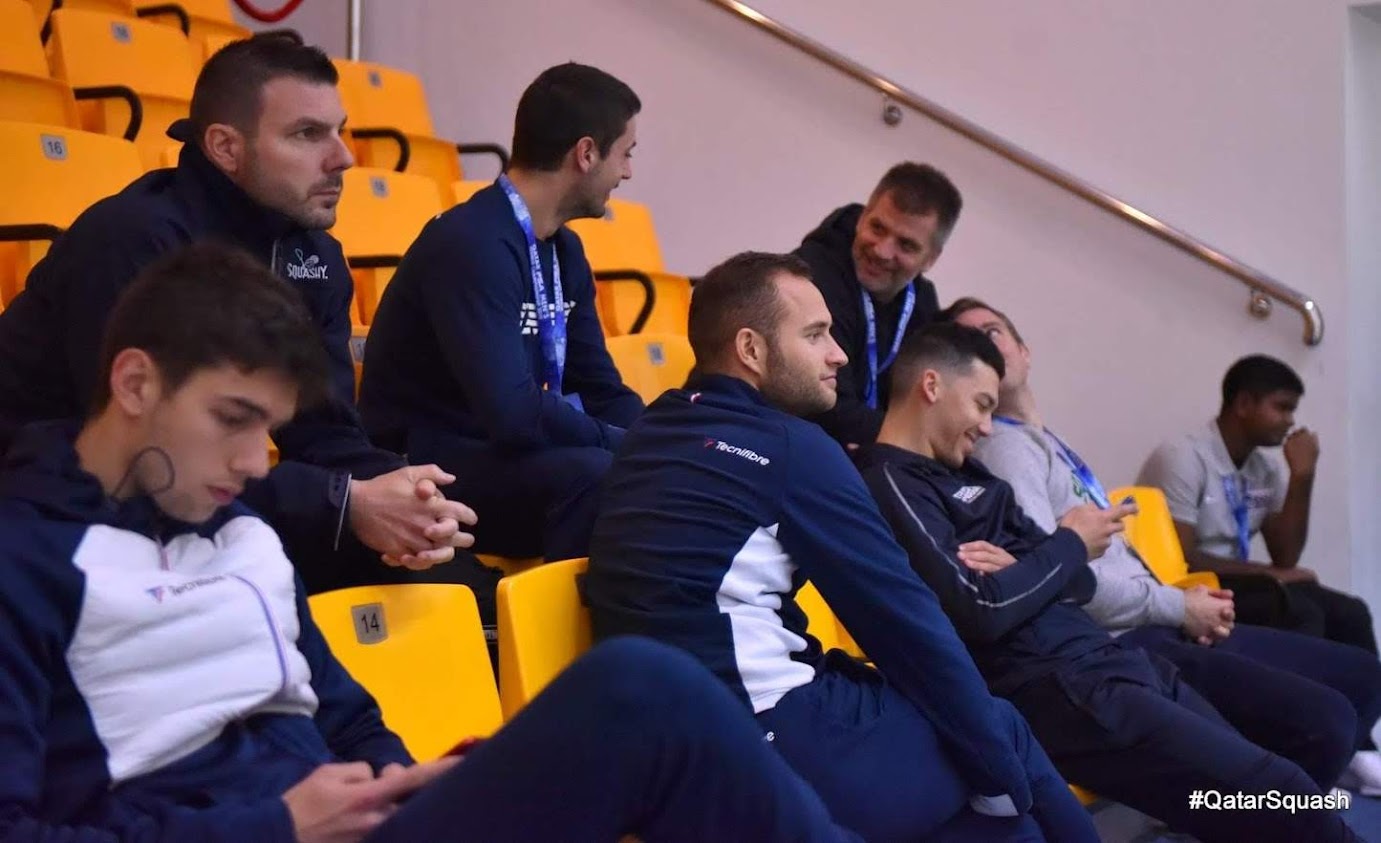